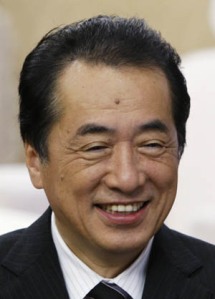 Instead of doing right by his voters while in office, Hatoyama Yukio has become the fourth Japanese Prime Minister to resign in four years.  But how does his resignation help revive the Democratic Party of Japan?

Unsurprising political scandals aside, in all fairness Futenma was and still is a highly complicated issue and simply removing U.S. military would have been a risky move on Hatoyama’s part.  I’m not saying he made the right choice, but all things considered, I do believe he made the best possible choice given the current political climate of Japan’s neighbours.

I don’t think it matters if anyone else was in Hatoyama’s position at the time, as the results would still be the same.   So, if elected, would Kan Naoto be able to make a difference in reshaping decades of scandals, corruption, and poor policy in Japanese politics?  I’m not confident that he could.

As the The Economist suggests, he would need to prove to voters that he represents “a clean break from the LDP-style ancien régime if disillusioned voters are to be persuaded that the DPJ represents a real change from the past.”  As we’ve seen over the past four years, Japan’s politicians generally aren’t good at keeping promises and making great change.  I fear unless Kan really stands strong, we may be seeing another resignation in less than a year.