Little mum has been banging on about Sequim’s Lavender Festival for a year and because we knew it would be completely out of the way of anywhere we’d fancy going, I secretly hoped she’d forget about it this summer. But she didn’t. And sometimes you have to put others first. So we booked the only room we could find and drove 4.5 hours to the middle of nowhere to a very sad and dodgy motel in the centre of town (it seems people take their lavender seriously around this part of the woods, so all the hotels were booked).

To be fair, the drive up was actually quite lovely — Pacific Northwest summers really are gorgeous — we loved being near the water, as well as all the lush emerald trees. The best part of the journey was when we stumbled upon a lovely little oyster shack, Hama Hama Oyster Saloon, and devoured a scrumptious meal of raw and bbq’ed oysters, crab cakes, and salmon soup (it was tasty, but the Finns do it better) — we essentially tried everything on the menu. It was heaven. I always thought Hama Hama oysters were small and sweet but apparently they’re of the larger variety and most suitable for throwing on the grill.

Before we set off I knew this was going to be one of those trips where the journey would be more meaningful than the destination. We also incorrectly assumed that the lavender festival was a special time of year where the larger lavender farms would be free to the public, but the opposite was true. It’s the only time of year that there is a fee to visit the farms. We had also hoped the lavender farms would resemble the wild lavender fields we found in New Zealand, but even the largest farm seemed small in comparison. 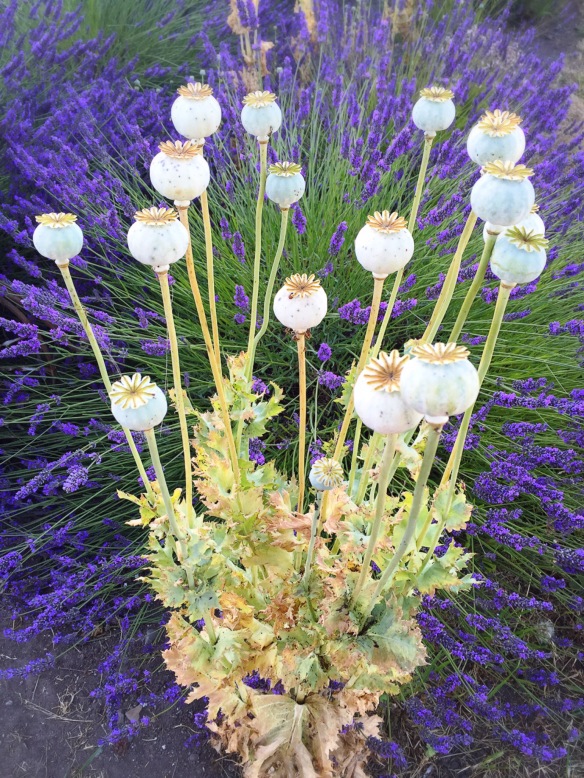 Having said all that, the farmed lavender was lovely in its own right. We appreciated the lavender tourist tat (hope G likes his lavender earl grey tea) and the entire town smelled of sweet lavender. I’m not sure I could recommend the festival itself but if you like small towns and lavender scented and flavoured things, then perhaps you should give it a go!